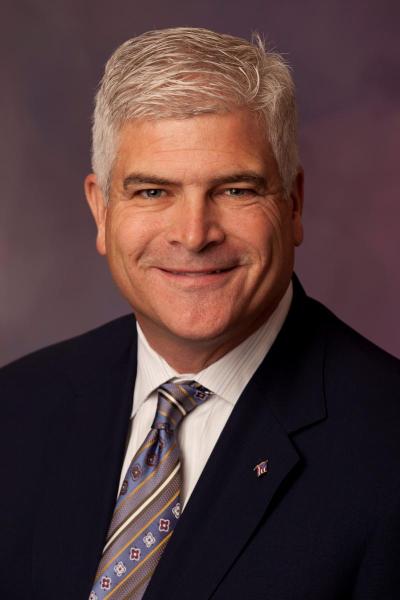 Jim Swanson is CEO of Phoenix-based Kitchell, a 950-employee-owned building company with business in the western and southwestern United States, encompassing commercial contracting, development, construction management, facility management and HVAC wholesale supplies. The innovative and diversified company is consistently ranked nationally and regionally in several commercial building sectors. Swanson’s community involvement is expansive: he currently serves on the Arizona State Board for Charter Schools and served as co-chair with Arizona Governor Doug Ducey on the Classrooms First Initiative Council. He is on the boards of the Greater Phoenix Economic Council (GPEC), Teach for America Phoenix Chapter, Greater Phoenix Leadership (GPL) and is an active member of Young Presidents Organization (YPO). He is also a member of the Executive Committee for the American Contractors Insurance Group (ACIG) and the Valley of the Sun United Way Tocqueville Society. Swanson joined Kitchell in 2008 after serving as a senior leader of Affiliated Computer Services (ACS), a Fortune 500 company that acquired Arthur Andersen’s business-process outsourcing practice, for which he was national partner. He previously held positions at Ernst & Young in Minneapolis and Peter Consulting in Minneapolis and Chicago. He received his finance degree from the University of Michigan, and obtained his CPA in Minnesota. He resides in Scottsdale with his wife Traci, and has three adult children.